Freelancing and the future of creative jobs 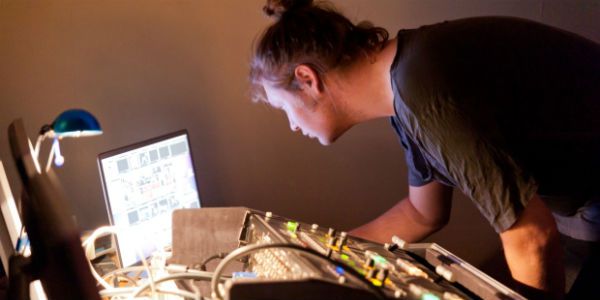 Self-employment in the creative industries is tipped to exceed the number of people working in the public sector by 2020. What is going on?

I was speaking at the AQA Creative Education Conference this week and a question from the floor prompted some interesting discussion about the future workforce. Specifically, a lot of the jobs available in the ever-growing creative industries are freelance.

I outlined what the workforce looks like in the creative industries these days:

Few of the voices that understand the importance of educating the next generation of creative people are getting listened to.

It’s no wonder that the sector doesn’t manage to make much of an impact within Government skills policy. The voice of the ‘employer’ is everything, but voices from the subsidised arts are seen as beneficiaries of public money rather than ‘creators of wealth’.

Very few of the voices that understand the importance of educating the next generation of creative people are getting listened to. Where are the creative sector employers to which the Government is listening? One or two big digital companies perhaps.

There are three challenges that I see for young people moving into the creative industries:

1. The need to ‘make a job’ rather than apply for one

How many parents of graduates say that it’s really difficult for their children to find jobs? “Where,” they ask “are all the 1.8 million jobs in the creative industries?”

Unfortunately the jobs that everyone is looking for aren’t there. They’ll need to be made by the enterprising young freelancers that these young people will become when they have exhausted their capacity to apply for the jobs that are being advertised.

2. The jobs that do exist are unseen

They are the backstage, technical, making, digital, ticketing, crafts skills, account manager, technician roles that are behind the scenes. These include basic business skills like administration and finance.

Typically these get filled by young people who thought they might make a career as a performer and realise, late in the day, that there’s more security in a backstage or off-screen role.

3. The need for all young people to be ‘T-shaped’

This means that they need to have a ‘deep’ technical skill which is augmented by a wide range of other attributes like ability to collaborate, work with other people and apply their skills and learning to new challenges.

It’s no longer enough to be a specialist. Workers need all the ‘wrap-around’ skills too.

Self-employment in the creative industries is tipped to exceed the number of people working in the public sector by 2020. What are the implications of this?

One thing that’s happening is that we are replacing secure jobs that have good terms and conditions, holiday and sick pay, and public-sector pensions with a new army of freelancers who don’t benefit from any of these things.
Unfortunately the jobs that everyone is looking for aren’t there... They’ll need to be made.

Freelancers are also often unable to access other professional benefits in employment like super-fast broadband or studio facilities. They are usually working long and anti-social hours and probably balancing two or three jobs at the same time.

It is true that a lot of people in the creative industries like this way of working and make a decent living from it. But it can all grind to a halt when there’s illness, or when someone needs to juggle having a family with a career. The pay can be quite low which is why

the Government isn’t seeing the tax revenue from the fall in unemployment.

The voices of creative education

The changes in the workplace are radical. We are demanding more and more of the young people coming into the job market without offering them good salaries and job security in return.

No one is lobbying for an education system that's genuinely equipped to produce the next generation.

But perhaps an even greater threat to the future of the UK creative economy is the fact that, in this scenario, no one is lobbying for an education system that is genuinely equipped to produce the next generation of creative people.

The voices heard in Government circles are those of the traditional industries like manufacturing, or those with very urgent needs like the nuclear or onshore oil and gas sectors. Nothing wrong with that, but it leaves the creative industries out in the cold again.

Yes, we do pretty well without too much intervention, but every overseas group I talk to is busy taking on the lessons of the UK’s creative industries with a view to ‘growing their own’.

We can't be complacent

The creative industries are resilient. Our job numbers don’t dip in recessions and good news from recent research from the USA  and Nesta suggests that creative occupations are at ‘low or no’ risk of automation, which is not true of a large number of white-collar jobs. There are creative jobs in traditional companies too: the ‘creative economy’ (creative industries jobs plus creative jobs in the wider economy) currently tops 2.6 million.

But we can’t be complacent. This is why we launched our Building a creative nation campaign. We want to help employers to make the entry-level jobs and ensure they’re visible. We’ve created over 4,000 apprentices in the last five years and around 2,000 paid internships. We provide careers advice online so that young people can see what the jobs are and how they can find them.

But we can’t leave schools and education to chance. We need all young people to follow a broad and balanced curriculum that includes the arts and creative subjects regardless of which sector they’ll end up working in – doctors with inter-personal skills as well as designers who understand technology.

For more about the future skills needs of the creative industries, read our research report Building a Creative Nation: The Next Decade.